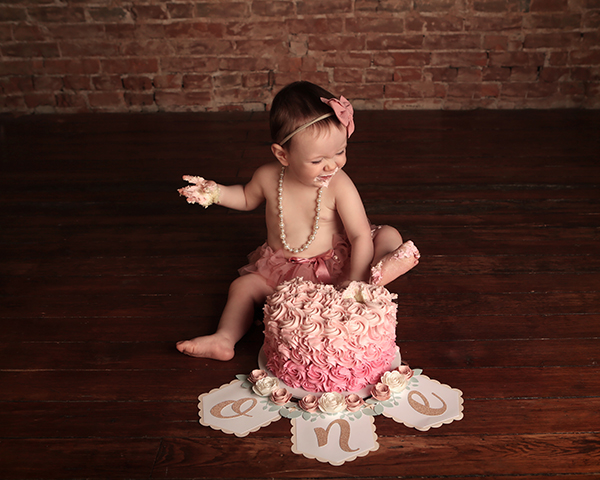 Sweet baby Charlotte was in the studio recently to celebrate her first birthday.  We did some adorable first birthday pictures and even posed her on the same tiny bed that she laid in during her newborn photoshoot.  Needless to say, she’s MUCH bigger now, and just as happy as can be!  And when she got to dig into her smash cake, the girl went to town!  She had so much fun eating it!  I felt a little bit bad about letting her demolish her smash cake.  It was such a beautiful birthday cake, and particularly special because her talented grandmother made it.  I talked to Charlotte’s mom recently about how her first year with Charlotte went.  Here’s what she had to say.

There wasn’t really a theme. So her nursery doesn’t really have a theme either. It’s, we have kind of an accent wall that’s floral. So we went with that for her birthday. So everything was like, not necessarily any like type of like flower but like roses, peonies type flowers. So we had like peony centerpieces on the table, it was all outside. It was on July 3, it was the perfect Saturday. Perfect weather.  And it was just our families.  And that’s really it.  We had lunch. And then my mom made her smash cake and cupcakes. We had a poster board with all of her milestones on it. And we had a box that’s kind of like a time capsule so everyone could write their wishes for her or predictions for her future, or anything they wanted to write on there.  She’ll open it when she turns 18.  And then we had like the typical banner with all of her monthly snapshots that I had taken at home, all on the same blanket so we could see how she grew and all of that stuff.  It wasn’t anything super over the top. But it was a lot of fun. 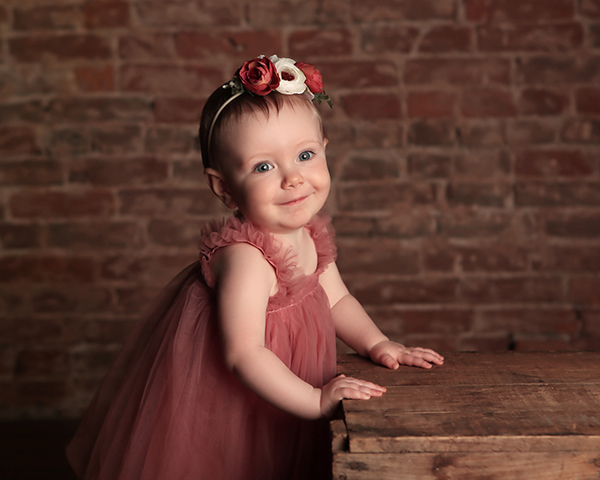 Yes, she loved it. And we had to practice like you had done you had told us to do before her first birthday pictures. So she went crazy on the cake during the photoshoot so she was she knew exactly what to do with it. She loved it. It was a naked cake. So like it just had a really thin layer of icing on it. So you could see the cake underneath it so I didn’t feel horrible that she was going to have some sort of sugar attack later. 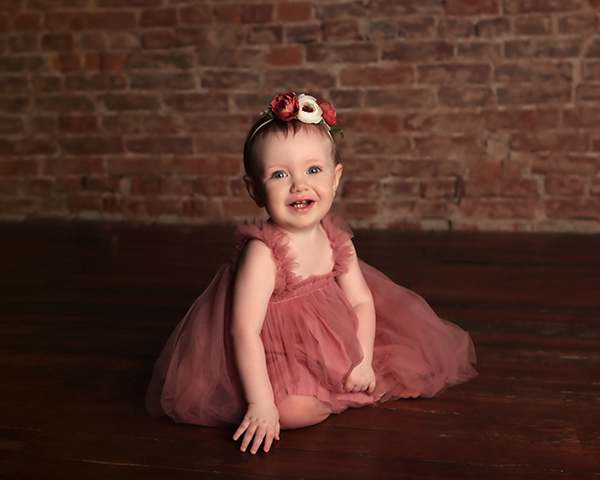 Did she enjoy opening her first birthday presents?

You know, like little kids are where they open one thing and then they’re just super fixated on that they don’t care about like moving on. So I would say it went well, as far as she didn’t have any meltdowns.  She did well with it. 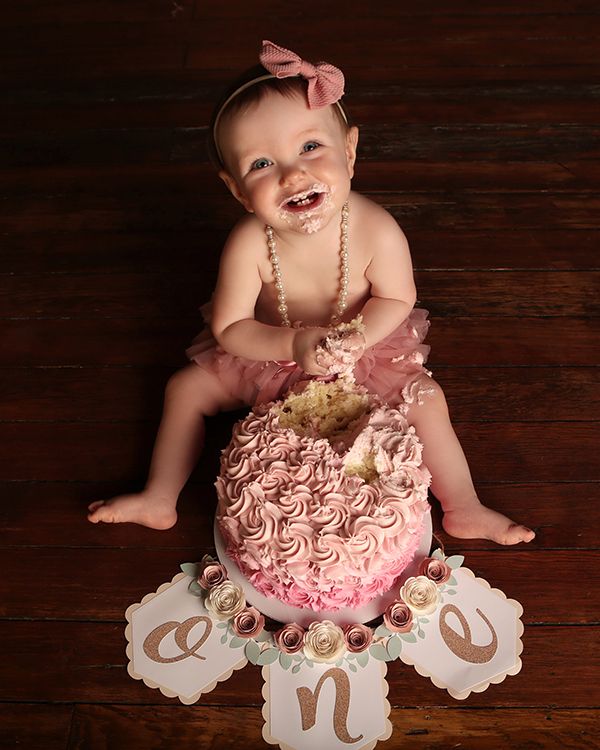 What was your favorite thing about Charlotte’s first year?

I am just so thankful that I was able to be at home with her a little bit more than I ever expected. And she’s just as so laid back she has made being a mom easy.  Well, i’s never easy, but it’s so enjoyable. She just is so laid back.  It’s just been fun to watch her grow, watching all the different things that she does and seeing her personality change.   Being born in the middle of the pandemic, she wasn’t really around anyone besides our immediate family, really just our parents and grandparents. And so we really got a lot of one on one time with her. Her personality is just so fun. 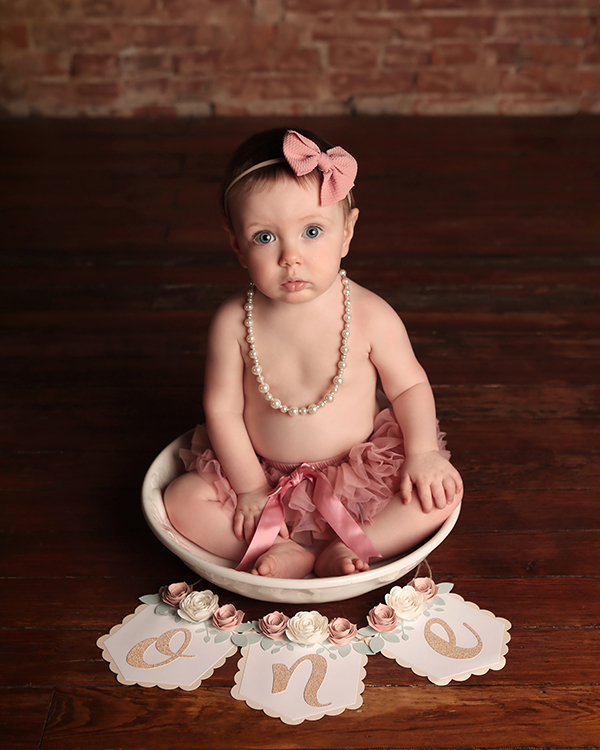 What was the hardest thing about baby Charlotte’s first year?

The pandemic.  Unfortunately, I work in healthcare, so I was hyper-focused on that, whether that be good or bad. And I think when I think back on her early days, I think what I will remember most is just how protective we were of her, which is not a bad thing. But I think it made it even harder to be a first-time mom, I guess.. But it also gave us that extra time.  It was just us, you know, which is can be good and bad when you’re exhausted and everything else.  It just wasn’t what I had expected for having a first baby. 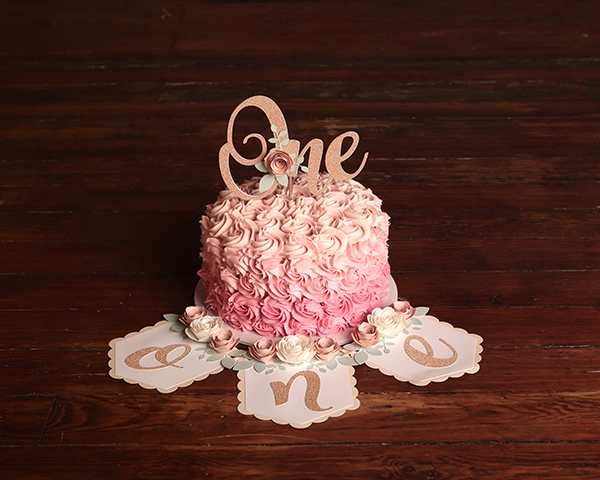 So tell me about Charlotte’s personality.

She is just happy. Like, when she is fussing it is because she knows exactly what she wants and you’re not either listening to her or doing what she says. She’s just so easy, and happy and playful.  We love doing something silly and making her laugh. That’s the best thing ever, just to hear her giggle. It’s fun to get her going and have those laughs and silly moments and trying to catch it on video so we can always remember it.  And we’ve caught some of those little videos very early on, like when it was still hot outside. We were out on the back porch with her grandparents and we caught her first laugh on camera. She’s just so happy.  I like to people watch and she loves to just take in the environment. She’s always watching other people. And it took a while for her not to be quite so standoffish. But she is very interested in other people. And once she latches on to you, it’s game over.  She’s not gonna be afraid of you or cry.  She just is very easygoing. We joke that she’s nosy. She’s made being a first-time mom really fun. 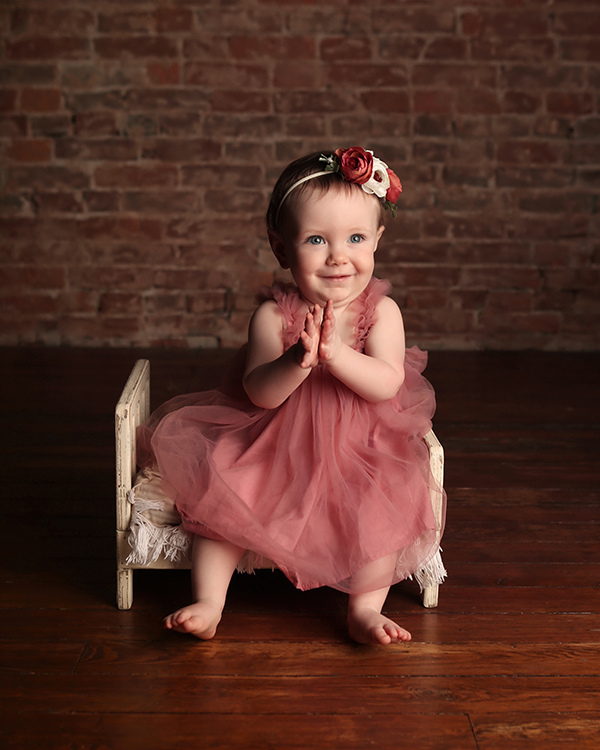 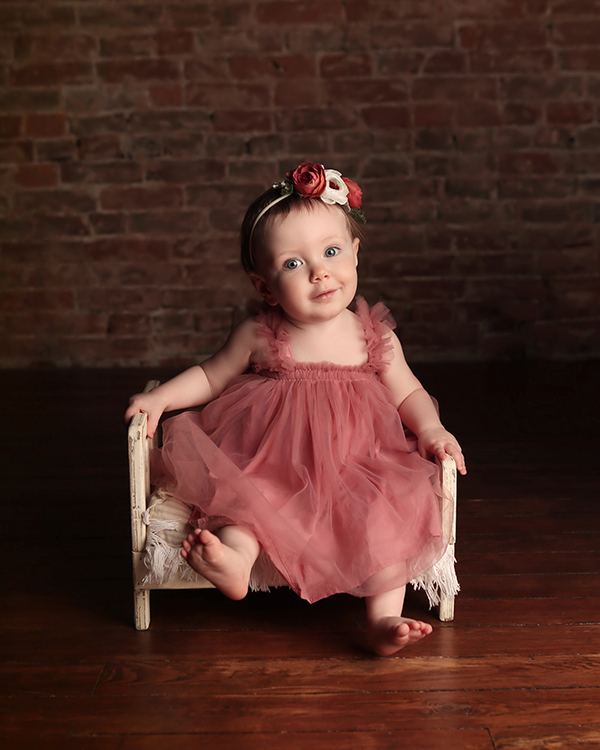 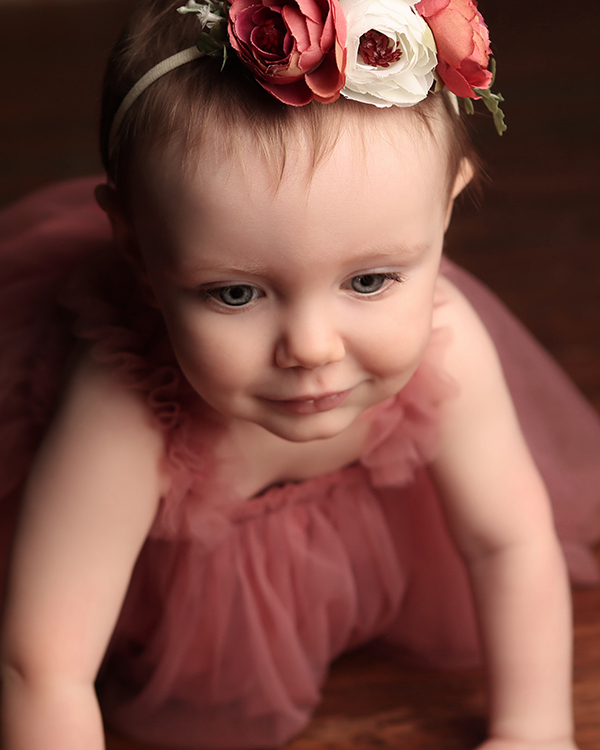 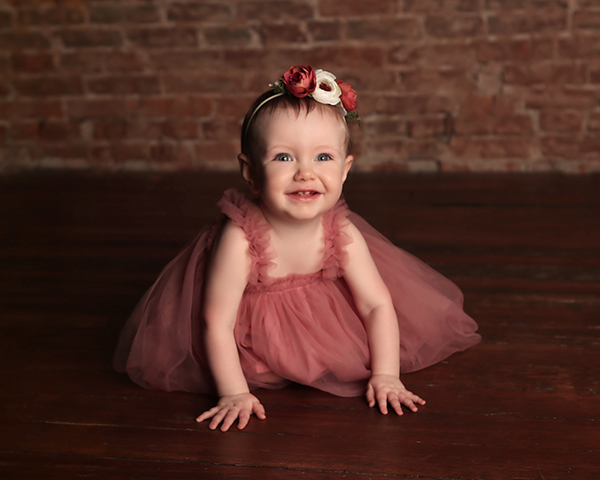 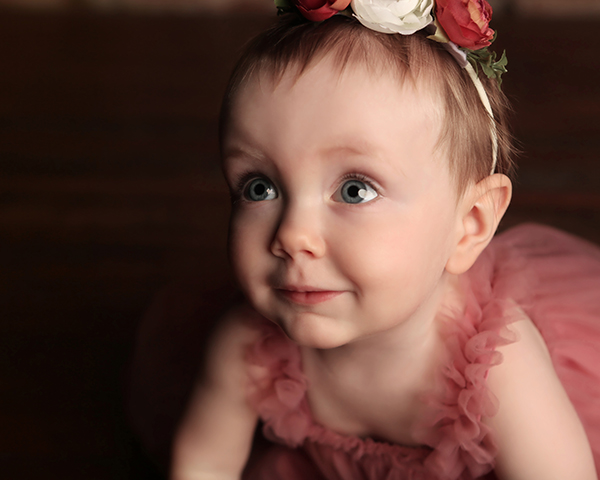 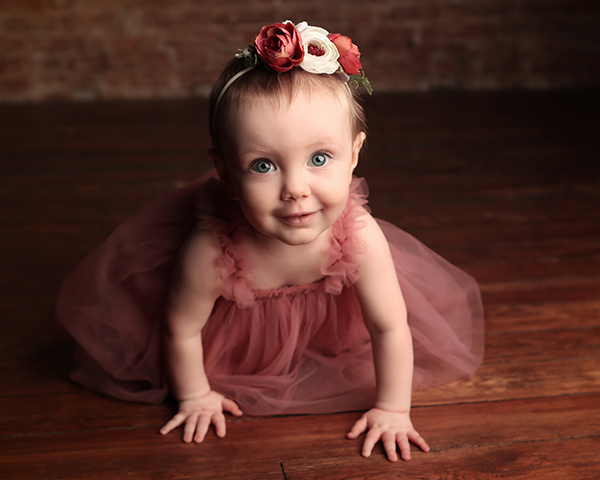 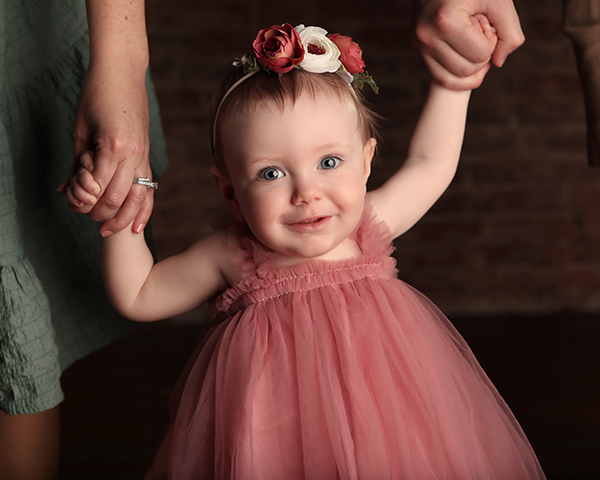 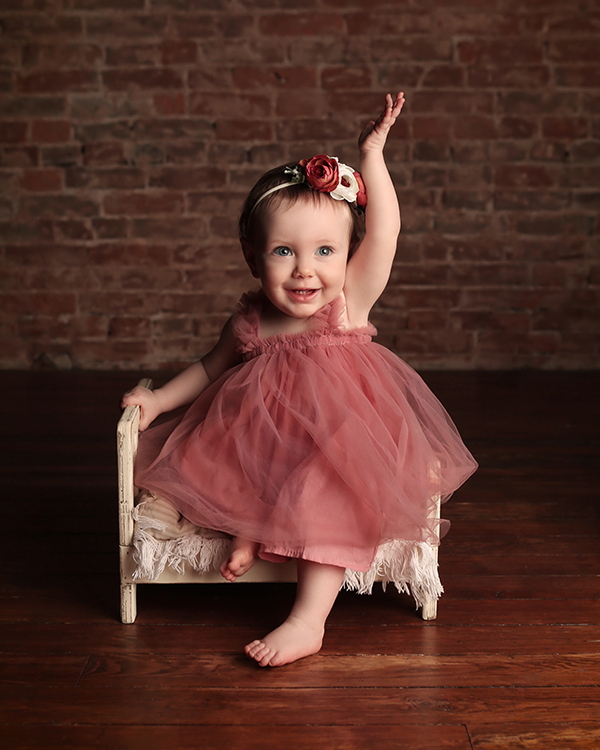 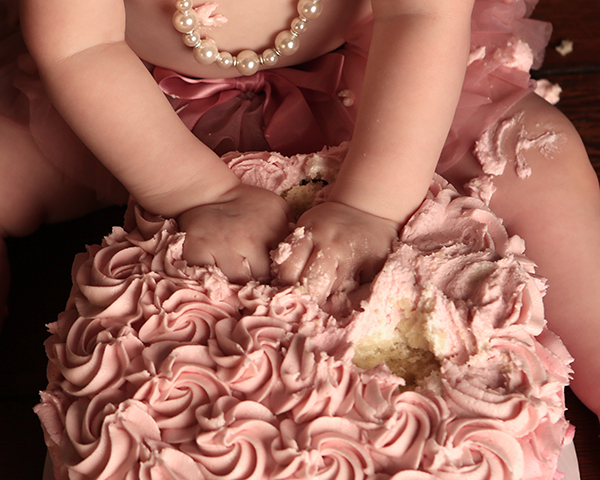 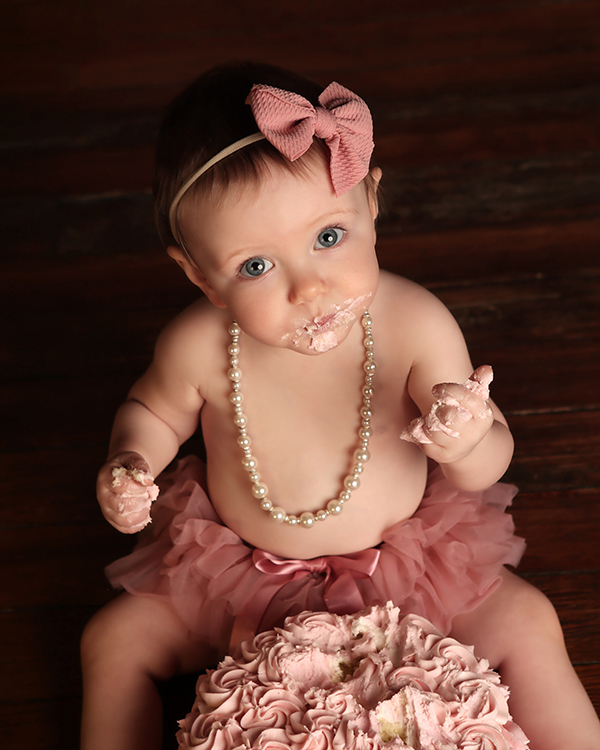 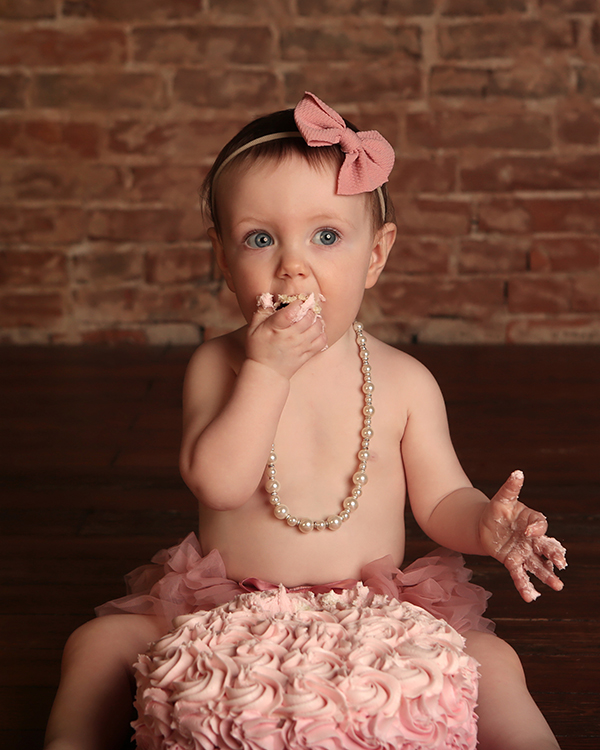 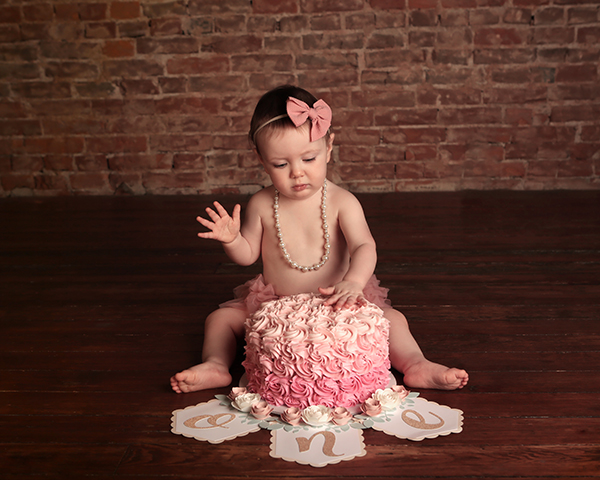 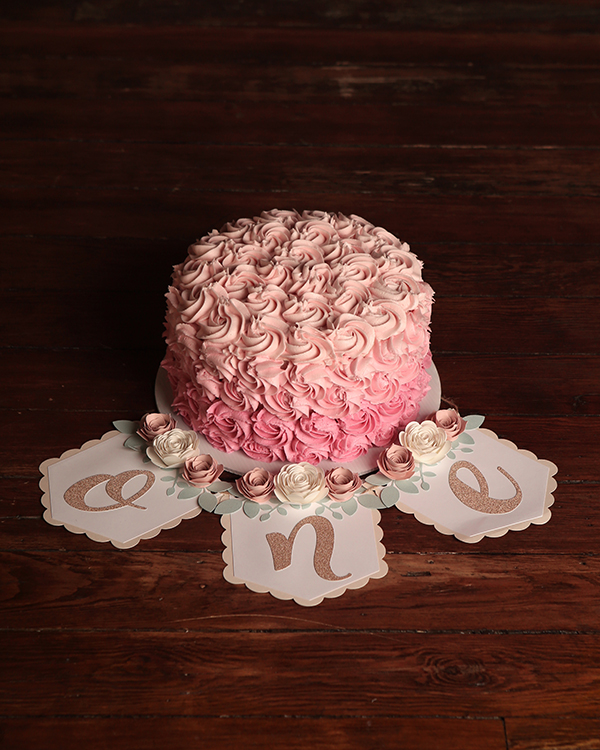 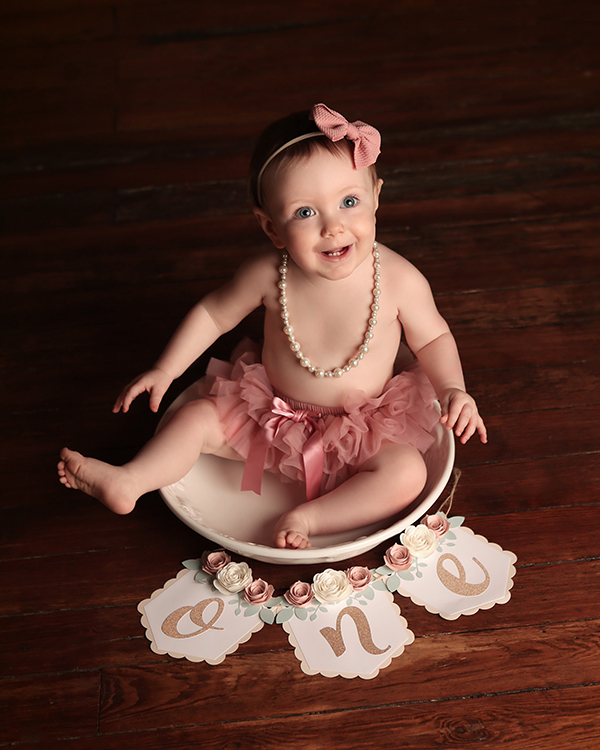 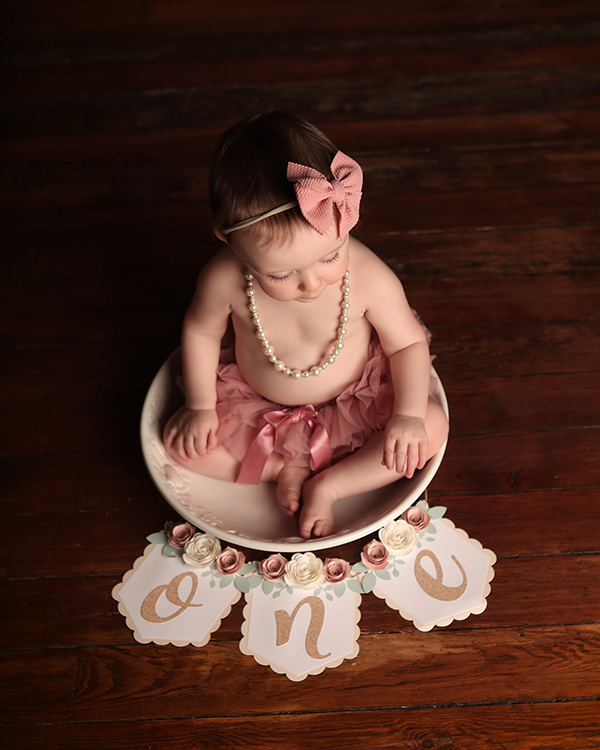 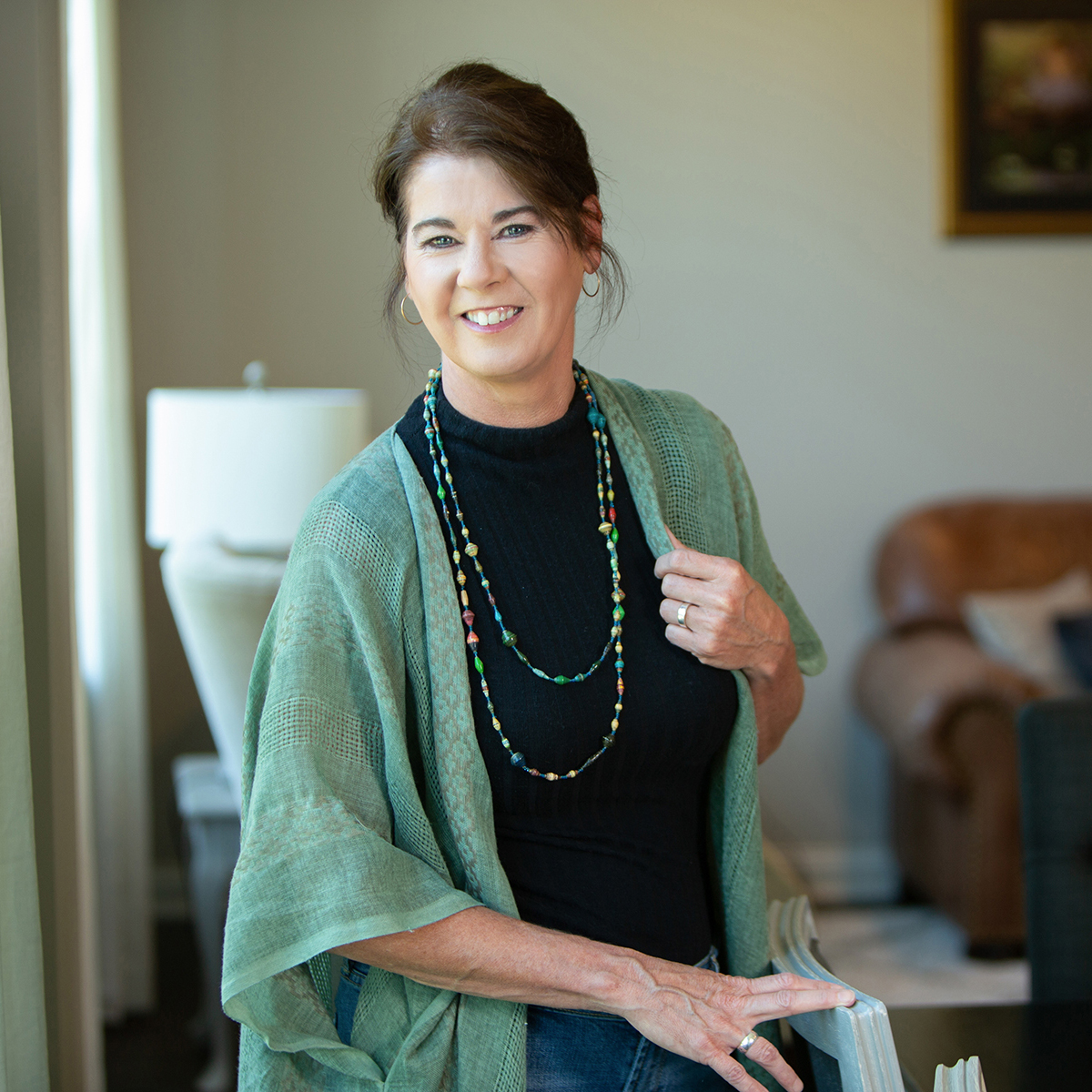