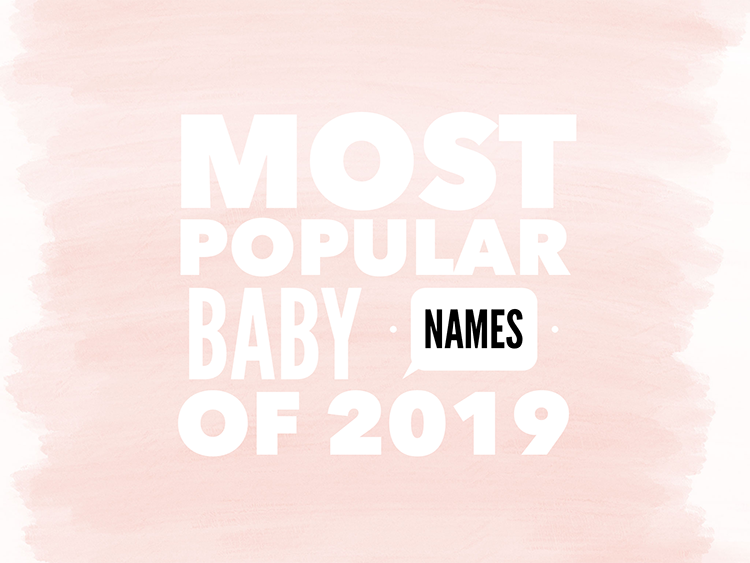 Most Popular Newborn Baby Names of 2019

The online parenting resource BabyCenter has released its list of Top Baby Names of 2019. This year, Sophia celebrates a decade of dominance as the top baby name choice for girls, and after six consecutive years at the top, Liam has finally pushed Jackson out of the top spot for boys. Arabic names were on the rise in 2019, with Muhammad and Aaliyah entering the top 10 list for the first time.

“Muhammad’s been rising on BabyCenter top baby name lists around the world, so we knew it would soon break into the U.S. top 10,” says Linda Murray, BabyCenter’s global editor in chief. “Muslim families often choose Muhammad for firstborn sons to honor the prophet and bring blessings to the child. The name also has multiple spellings, and that helps a name get into the top 10.” 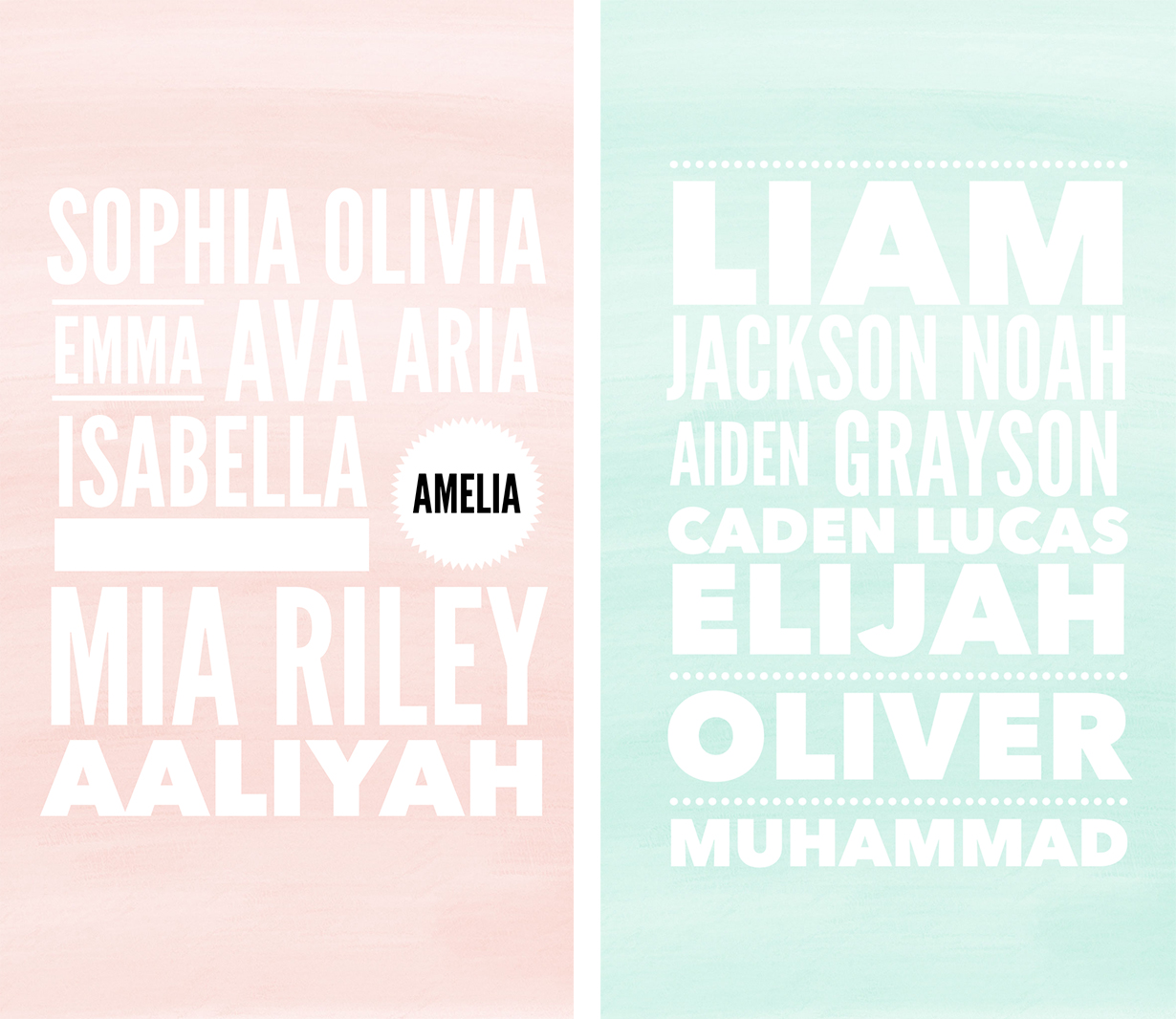 In addition to the shakeup in the top 10, we saw big shifts in names lower down the list. Isla was by far the fastest climber of 2019, leaping up 38 spots, with Eleanor and Miles tied for second place.

“Popular baby names can settle in for years without much movement on the list. Then suddenly we see major shifts,” Murray explains. “With 2020 on the horizon and a new decade afoot, parents are choosing a fresh crop of names.”

The breathtaking year of Keanu

The beloved actor Keanu Reeves was everywhere this year, appearing in four movies, several high-profile cameos, countless viral gifs, and, of course, on the red carpet with his artist girlfriend. Not only is the name Keanu (meaning “cool breeze over the mountains” in Hawaiian) up by 24 percent, the names of his characters in Toy Story 4, Duke, and the upcoming SpongeBob movie, Sage, increased in popularity too. Given that the sequels Matrix 4 and Bill & Ted’s Excellent Adventure 3 are also on the way, we’ll be keeping a close eye on the names Neo and Ted for 2020. Most excellent.

Although Star Wars has captured the imaginations of new parents since the ’70s, younger generations of parents are opting for baby names inspired by the newer hits from the franchise. In 2019, the names Luke, Anakin, Harrison, and Carrie fell in popularity, while Cassian (up 10 percent) from Rogue One, Rex (up 11 percent) from The Clone Wars, and Hera (up 12 percent) and Ezra (up 24 percent) from Star Wars Rebels all rose. Even the names Pedro and Pascal are both up for boys, a nod to the actor who plays the title character in the new Disney+ original Star Wars spinoff The Mandalorian. With The Rise of Skywalker bringing the main series to a close, we’ll be keeping our eye on names like Rey, Finn, Poe, and Kylo to pop in 2020.

The Bachelor baby boom: And the rose goes to …

No less than seven couples affiliated with the TV phenomenon The Bachelor became parents this year, and “Bachelor Nation” baby names are trending. Brooks (up 18 percent) was the name chosen by Bachelor in Paradise alums Jade Roper and Tanner Tolbert. Bekah Martinez and boyfriend Grayston Leonard chose Ruth (up 10 percent) for their baby girl, and Whitney Bischoff and husband Ricky Angel named their son Hayes, which had an uptick. The same goes for Cruz, picked by The Bachelorette alums Desiree Hartsock and Chris Siegfried for their baby boy Zander’s middle name. With two more Bachelor-related couples currently expecting, we’re guessing this trend will only get stronger.

It seems babies born in the ’90s are a nostalgic bunch. Friends and scrunchies aren’t the only things back in style – baby names popular in the 1990s are also making a comeback. This year, the name Brittany shot up 33 percent for baby girls, along with other girl names including Nicole, Amber, Amanda, Lauren, Jessica, Stephanie, and Rachel. Among boys, we saw more babies named Jonathan, Christopher, Nicholas, and Austin. Ross and Justin can’t be far behind.

When Meghan Markle and Prince Harry shocked the world by naming their firstborn son Archie, it became official – nicknames as first names are now an actual thing. And with the numbers we see here, we don’t expect this refreshing new trend to die down anytime soon. For baby girls, Cassie is up a whopping 43 percent, Toni is up 36 percent, Nell is up 24 percent, and Tori is up 19 percent. Other nicknames that saw a boost include Ali, Winnie, Tilly, Eliza, Gwen, Tessa, Frankie, Sam, and Edie. Among baby boys, Izzy is up 36 percent, Ricky is up 25 percent, and Leo and Randy are both up 21 percent. Other names gaining steam are Mickey, Kit, Ted, Frank, Theo, Joe, Ronnie, Frankie, and Rudy. Yes, Frankie is up for both boys and girls.

BabyCenter’s Top 100 Baby Names list is based on the names of hundreds of thousands of babies born in 2019 to parents registered on the BabyCenter website.

Are you looking for a Newborn Photographer in Indianapolis? 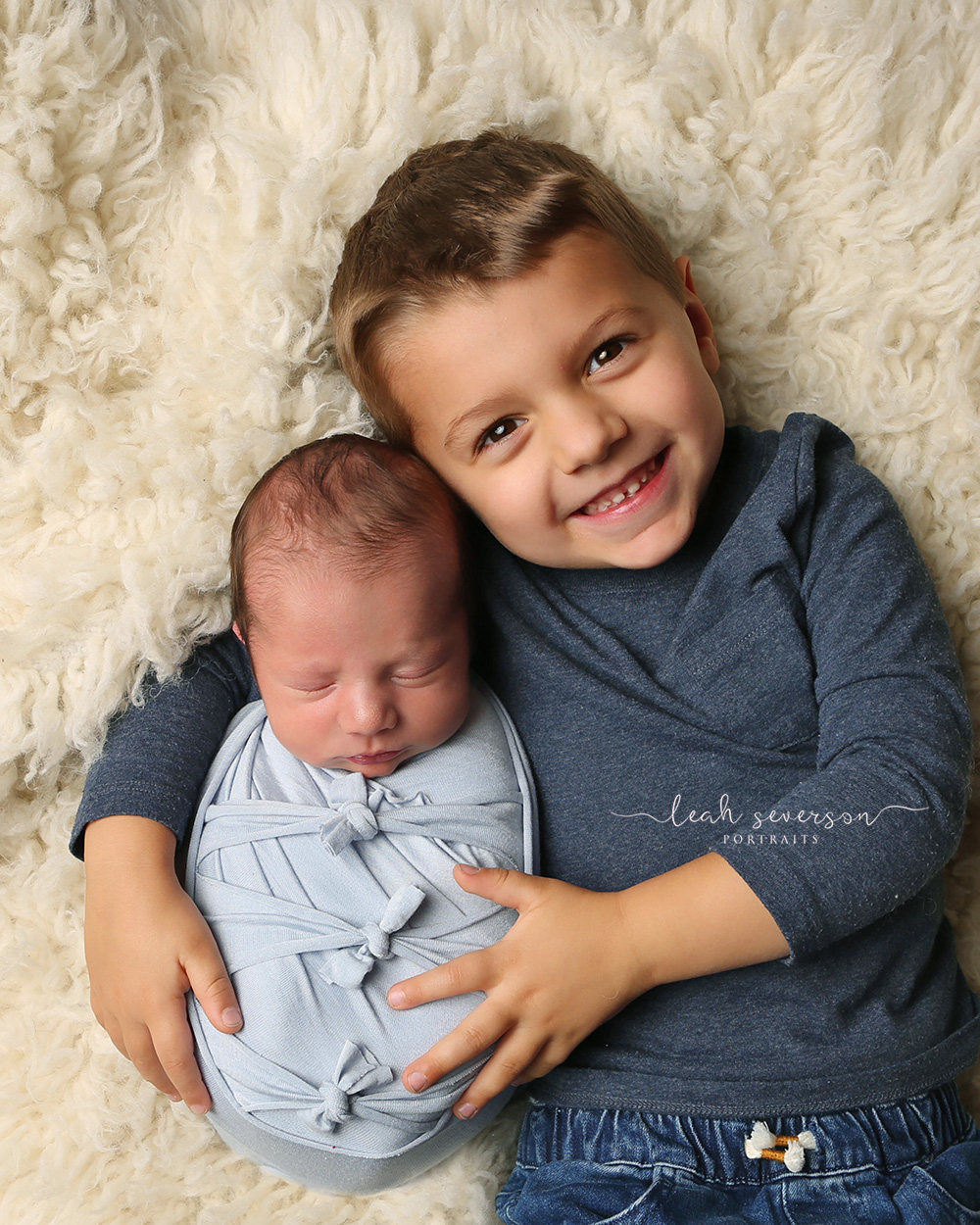